Six leaders you wouldn’t want to work for

1. The gardener
The gardener wants to keep his garden clean and will do anything to win any kind of beauty contest. If he finds a stone, he will throw it into others’ gardens for them to take care of. It doesn’t matter if his employees get dirty while making him shine.

2. The helicopter
The helicopter likes to come in, to stir up dirt and then disappear, going to new grounds. Often new problems will be uncovered, but the helicopter will very likely take off, before the leader becomes seriously involved.

3. The dog owner
The dog owner favorite tool is the leash. While pretending to give his team members full freedom, letting them take their own decisions, the dog owner never lets them forget who the boss is. The employees are being petted, as long as they learn the lesson: he has the final say.

4. The bicycler
The typical bicycler keeps his head low and kicks downwards, he likes to crawl to the bigwigs and bully the underlings. He will thank his supporters by letting them ride in his wake when he moves up the carrier ladder.

5. The nanny
She cares for each of her employees, nurturing them but also patronizing them. It is less about making the employees grow but more about making them feel dependent and inexperienced. The ambience in her team is friendly but lacks clear business objectives and responsibility.

6. The football trainer
He stand at the side line, shouting his advices but never getting involved. If you are lucky he will take responsibility for successes as well as failures. But most of the time he will frenetically change  the organizational structure, blaming the delivery of his team on individual employees.

Check also our Infographic on Leadership 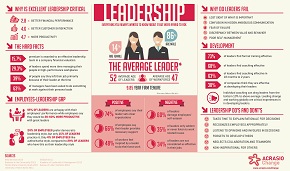 8 Rules to Lead Teams Through the Corona Crisis

8 Rules to Lead Teams Through the Corona Crisis

The world after the Corona crisis

The world after the Corona crisis